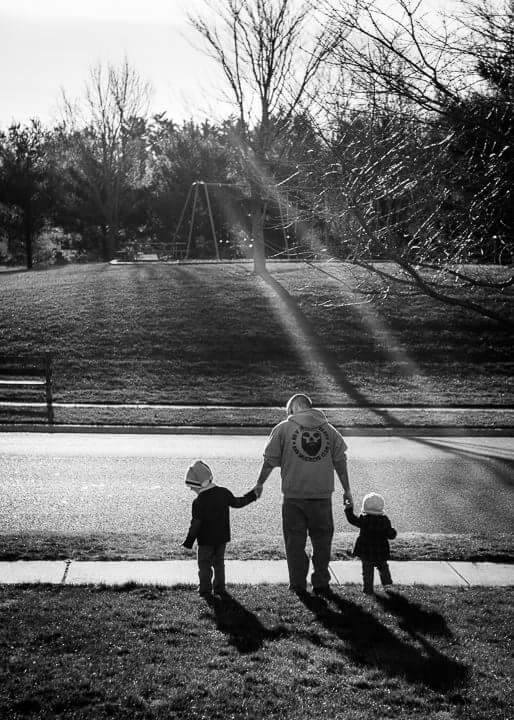 I was going to title this one Maybe I’m an @$$hole, but so is the four year-old down the street, but aside from its unwieldy length that title seemed a bit harsh. I’m not really an @$$hole. I’m just a bit protective. But let’s talk about this four year-old.

There is a family in our neighborhood that is much like ours. They moved here around the same time we did, have kids around the same ages as ours, and even have a dog that is sweet, lovable, and dumb as a box of rocks, just like ours! I know them because we both frequent the neighborhood playground across the street from my house. And by know them I mean I know the name of their four year-old and have developed strong opinions about his character. Let’s call him Eustace, because I feel like that name all on its own encapsulates my thoughts on the child–not its meaning, just the sound of the word. Eustace.

See, one day when I had my little ones at the playground, swinging along happily in two of the three available baby swings, Eustace showed up. The first thing he did was tell my son, rather rudely, that the swing my boy was using was his swing. The second thing he did was say it again, because I guess he wasn’t rude enough the first time. His parents weren’t close by, so I said, “Hey, Eustace, we’re using this swing right now.” At this obviously abusive indignation, Eustace sent up a tearful wail for his mother, who distractedly told him to behave. I know–you’re shocked and outraged. A four year-old acting kind of bratty; what’s next? Moms in yoga pants making jokes about drinking wine? Shut. Up.

That bit of unpleasantness behind us, a bit later my son was chasing me around the playground as part of a very intricate and nuanced game he calls “chase,” and Eustace decided to join in. Cool. Climb aboard, kid; the more the merrier. But when Eustace caught up to me because he is older, bigger, and faster than my son, he pulled my hat from my back pocket and proceeded to try and play keep-away with it, then threw it on the ground when I asked him to be nice and give it back to me. Cue me trying to figure out when and to what extent it’s appropriate for me to chastise someone else’s kid. When it was my son’s turn to be chased, Eustace caught him easily and pulled him to the ground by the back of his t-shirt. No one was hurt, but it seemed an unnecessarily rough ending to the game. It was around that time that I decided Eustace was an @$$hole.

Does this all sound petty to you? Does it sound like I’m being a tattle-tale because I got bullied by a preschooler? Or maybe like I need to back off and let boys be boys? Well, consider that my son has very limited social interaction with kids his own age. Do I want the model of normal behavior to be a kid whose default setting when dealing with adults he doesn’t know is that sort of mean-spirited disregard? Or who’s going to inspire my already pretty rough and tumble boy to play extra rough, a habit he might bring home and unleash on his little sister?

But so what? I hear you saying. It was just one afternoon at the playground, right? Ah, right you are, dear reader–except not. It occurred to me that day that Eustace’s proximity in age and geography would likely mean that he and my son would be friends for the long haul. It won’t be long before they’re playing at each other’s houses, then riding bikes around the backstreets together, exploring the wooded spaces between the lawns and driveways, looking for whatever kind of mischief they can find in the jagged cracks of our nice suburban neighborhood. You know, boys being boys. And through all that, I wonder, will Eustace continue to show the same disposition and judgment I’ve seen on the playground? How many bad decisions will they share? How malignant will this boy’s influence become? I don’t want my kids to be like the little punks who throw eggs at our house from the playground.

And that brings me to Jimmy. Jimmy was a friend of my brother’s in elementary school, but he was that one mean friend who was always right on the verge of being my brother’s bully instead of his friend. If memory serves, their friendship ended because Jimmy actually was a bully to some of my brothers other friends. I remember being very young and hearing my brother talk to our mom about Jimmy, relating the things he said and did that didn’t seem okay to him, and my mother always staying cool. She never called Jimmy’s mother to yell at her or said, “Well, that’s the last time you’ll be seeing that boy!” She listened and asked questions to help my brother piece together his own thoughts, and when he did cut off his friendship with Jimmy, it was for reasons that were his own and that reflected his own developing moral code. To him, it was just.

Cut to many years later, my brother, who changed schools in 7th grade and lost touch with most of his hometown friends, was reintroduced to Jimmy through a mutual friend who had played high school football with him. Turns out Jimmy got over his issues and turned out totally all right. In fact, one of Jimmy’s best buds now was the same one he had bullied years before and thus caused the rift between him and my brother.

So what I’m really trying to say here is that Eustace, @$$hole that he might be right now, is all right with me. As kids, we cannot hope to never come across other kids who have some issues or sometimes don’t quite know how to act. What we can do is learn from how those kids make us feel. Children have wonderful instincts for fairness and justice. As a parent, I cannot make myself the police of other kids’ behavior. (It’s a story for another time, I suppose, but I myself lost my best friend in middle school because his overprotective mother thought I was the bad influence. His story went on to be a sad one, and I wonder sometimes how it would have turned out if his mother had been more like mine, more trusting of him and his judgment, more ready to help him find his own moral code than to dictate her own as law.) What I can do as a parent is trust my son to exercise good judgment and help him to understand why other people sometimes act in ways that we don’t like and to develop the emotional and intellectual language to deal with it in appropriate and satisfactory ways. Experience tells me he might even become the better influence and help other kids find their own right paths.